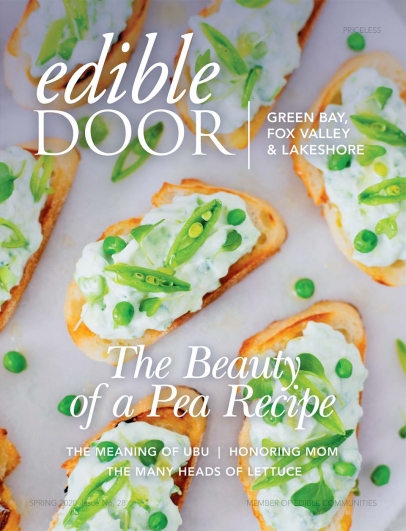 VIETNAM HAS FIGURED OUT A WAY TO LIMIT MCDONALD’S EXPANSION

The last time Leslie and I traveled to the Far East, I found myself on an unexpected weight loss program.

That trip happened to be to China, and after soup for breakfast, soup for lunch and soup for dinner coupled with my inability to lift any solid food to my mouth with chopsticks, I lost four pounds over the course of the trip. It probably would have been more had I not inhaled a couple of burgers back home before stepping on the scale.

I was fully expecting a similar result, including the stateside burger stops, when Leslie and I traveled to Vietnam in December. I figured all Far East food is the same. There would be lots of bowls with chopsticks. I was wrong. The Vietnamese give you forks and a menu of choices with a distinctive Western flavor. The blend of Eastern and Western influences on Vietnamese food is best reflected by their two most famous dishes – pho and the banh mi.

Pho, pronounced “fa,” has the appearance of a hearty soup. Left to boil and stew, the broth is amazing. It can contain a variety of mystery meats, so I stuck with chicken, even if you could see the ingredients clucking behind the food stall.

The banh mi has had a significant impact on the country’s culinary economy. While Western chains have invaded nearly all the world, places like McDonald’s and KFC aren’t as prominent in Vietnam. You’ll see some in Saigon and Hanoi, but Vietnam’s love of its home-grown “fast food” has limited Western fast food expansion.

The banh mi is a Vietnamese sandwich. People line up down the block at some of the most popular street stands. It’s traditional Vietnam on the inside and all French on the outside. The French may have been driven out of the country more than a half-century ago, but a good baguette is a good baguette. Vietnam may display abandoned American war machinery in front of its museums, but the baguette remains from French imperialism.

The baguette pretty much assured me that there wouldn’t be any lost weight on this trip and the variety of unexpected treats inflicted more pounds. It became all too apparent the first night in Vietnam, when we took a food tour on the back end of two of Saigon’s nine million scooters. 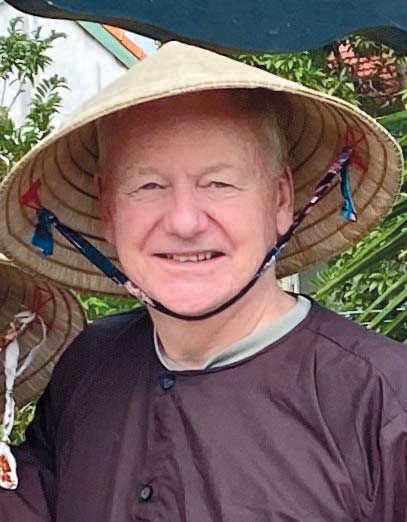 We were introduced to such succulent treats as papaya salad, banh khot, bun bo hue and a Vietnamese pizza that’s a world away from Pizza Hut. Unlike China, where dessert seemed borderline forbidden, Vietnamese like their sweets, so we topped off the evening with grilled banana wrapped with sticky rice.

By the time we got to Hoi An a week later, we seemed ready for a cooking class. After a stop at Tiger Market, so named for the female vendors whose steely disposition may have been impacted by the wee hours in the morning they arrived at the market.

Our teacher Ve introduced me to crafting a banh xeo, among other dishes. Her school located on an island just outside the city rested on some of the most idyllic garden plots on earth. If there was a weed there, I didn’t see it. Wearing my cone hat and having donned a brown farming jacket, I planted some spinach. I sang and danced on the soil to ensure a good harvest and then hoisted a pair of watering jugs to provide what my off-key tune couldn’t.

We saw dormant rice patties nearly everywhere we went while some farmers plowed their fields as they had for centuries, pulled by water buffalo. In the cities, the incessant smell of the street food with the tiny tables and stools seems to leave you with a sense of bewilderment – but a pretty tasty bewilderment.

By the time we left after 17 days, there seemed like there wasn’t much of Vietnam that we hadn’t experienced or tasted. This time the scale showed as much. 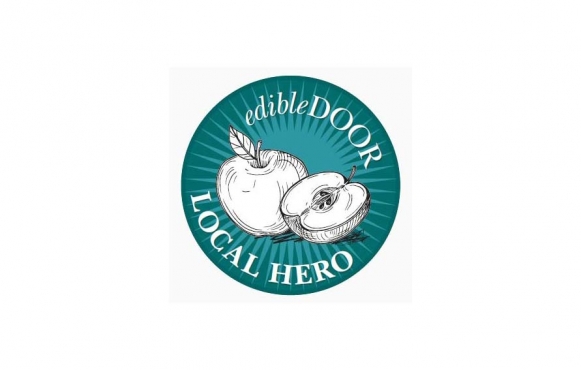 Recognizing those who are making a difference on the local food scene. 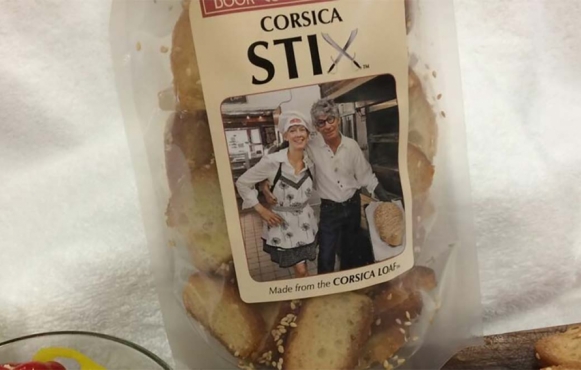 Always looking for new ways to enjoy its everfamous brand, The Corsica Loaf, the team at The Door County Bakery in Sister Bay has now given... 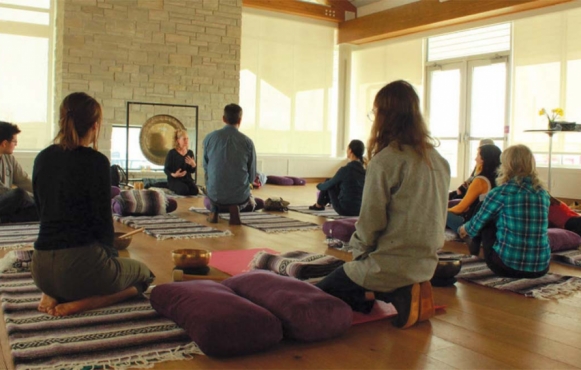 In Good Taste - Spring Recipes from our Advertisers 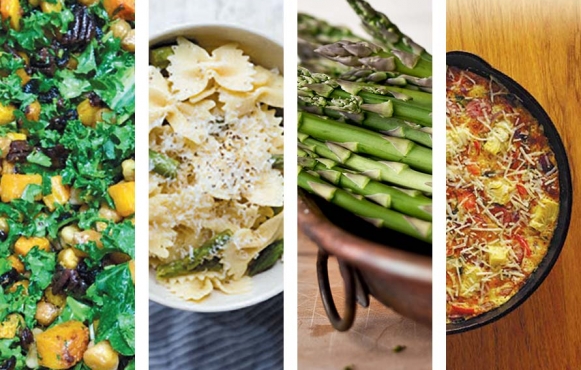 Edible Door asks its advertisers to share some of the recipes that are featured on their menus, come from their markets or are the particular favorites of retailers.

Quite the Gardening Plot on the Island 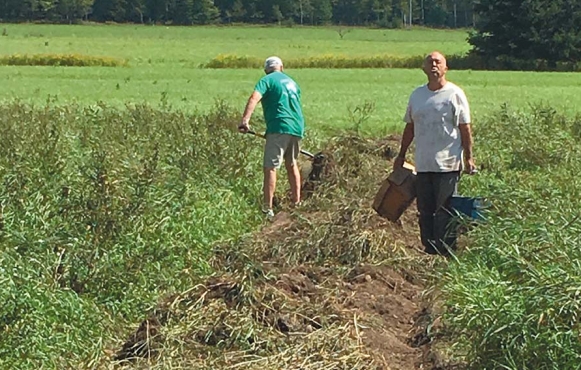 Here’s How You Show Mom You Love Her 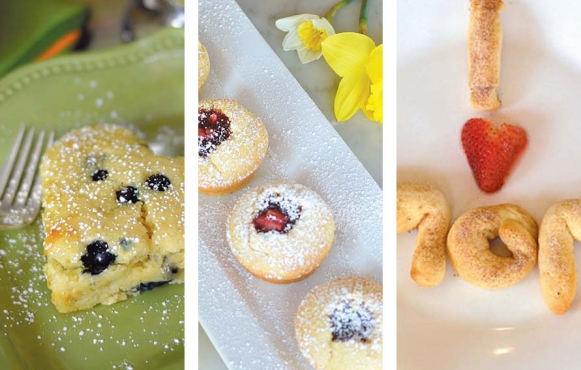 There’s a special bond between food and family. 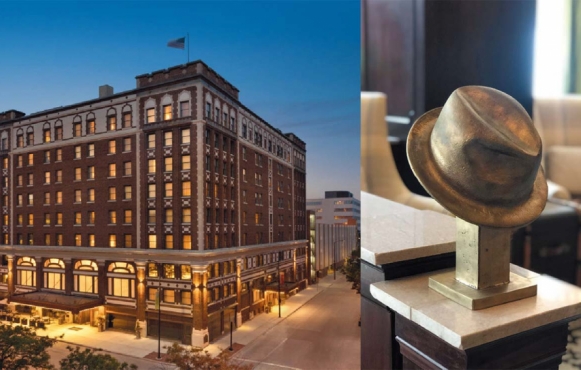 Pub 'Poke the Bear' is just What it Means 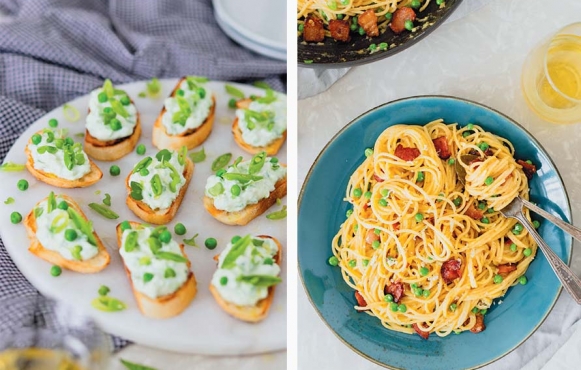 Fresh peas are a sure sign of warmer weather to come. 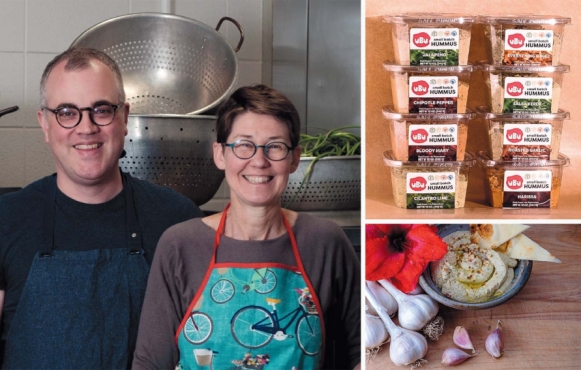 Business Launched with their Popular Hummus

Just the Tip of the Iceberg when it comes to Lettuce 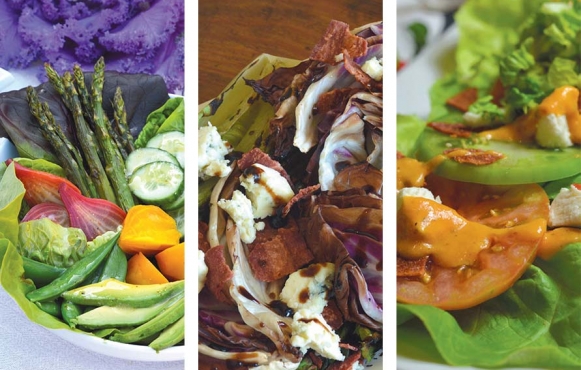 Get to know your greens.

Keeping the Bloom All Year Long 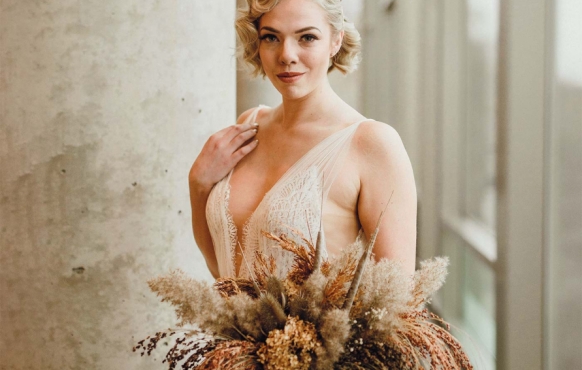 You can have it all in today’s wedding industry.

High Schoolers get a Foot Up in the Culinary Business 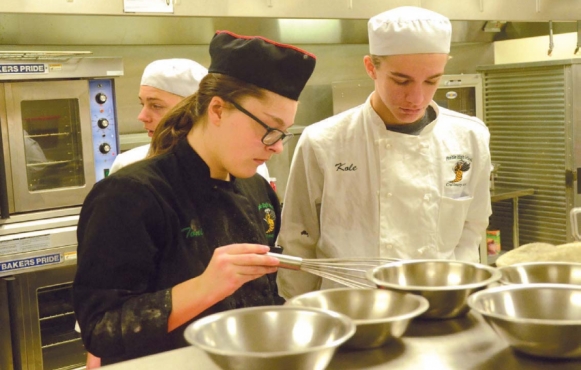 Students looking for a great career need look no further than the kitchen. The U.S. Bureau of Labor Statistics estimates demand for chefs...

What the Seed Catalog Really Represents 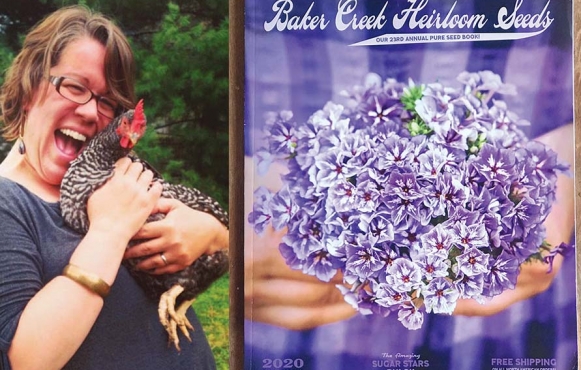 Winter can be a total tease come February here in the South. Just yesterday, I hiked the hill where Mamma was born. Amidst the remaining...

What’s happening near you

EVERY DAY IS EARTH DAY CELEBRATION